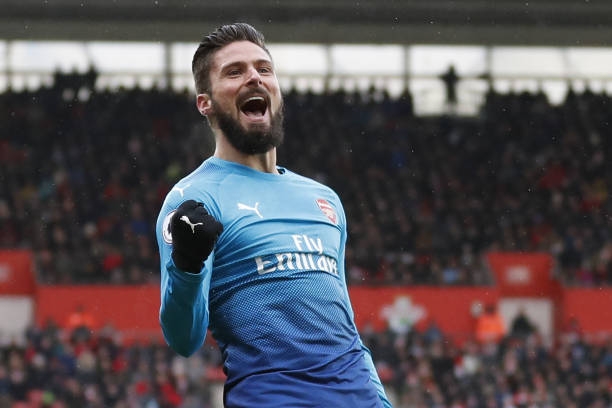 The gunners were welcomed by the Saints at the Emirates stadium and almost lost if it wasn’t for the late equaliser from Olivier Giroud in the last minutes of the match.

The gunners travelled to Southampton to play their 16th English Premier League match which was away from home, and the match started poorly with Arsenal conceding in the first three minutes which made them to play under pressure in the rest of the match.

Olivier Giroud Was The hero for the gunners today as he equalised for the North Londoners in the last minutes of the match which has made the fans wonder if he deserves more starts of EPL matches and Arsene Wenger has just the answer to that question;

“He will start more games. I believe as well it’s always the same when you have many good players, some of them cannot play.’ The manager told Arsenal’s official website.

‘The question you get is always why does the guy who is good not play? Because if you take him on you have another guy who is good who will not play, it is as simple as that.”

The gunners will be happy about this statement made by the manager because they have for long been urging the French manager to give Olivier Giroud because he always performs well when given chances in most matches which is important if your a striker but it isn’t known if this means it will now be the time for Alexandre Lacazette to begin warming the bench too in English Premier League.

Olivier Giroud has always lamented how he feels very unhappy to always be on the bench but he will now feel to much entitled to have a starting position in usual Arsene Wenger’s squad because he has fully showed that he can still be the gunners first choice striker ahead of Alexandre Lacazette who the manager currently trusts in most matches.

Lacazette Makes Promise To Gunners Ahead Of Southampton Match