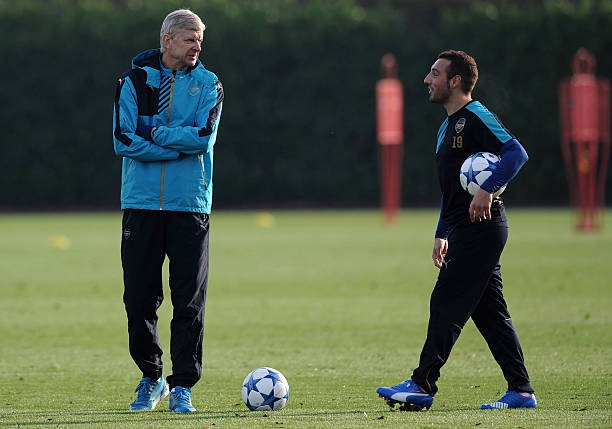 The gunners have always said that the lack of Santi Cazorla in their squad has made them not perform well in the recent two seasons because he is an important player at the Emirates stadium.

Santi Cazorla has been on the sidelines for over a year and half now and the supporters are always hoping to see the latest update on the Spanish international who is a fan favorite amongst Arsenal supporters from all over the world.

“I sent him a message because he had surgery and wished him well.’ the manager said and says the player replied;

‘I have to start again from zero.’ said Cazorla according to Wenger. The manager is quoted by MIRROR SPORT.

The gunners will at least be happy that there has been a date that can still be named as the expected time for the Spanish player to return to the Arsenal squad which clearly misses him so much. There has always been fear that Santi Cazorla would never kick the ball after it was revealed that the star almost lost his leg due to injury.

Some football analysts say that the gunners should consider terminating the contract of Santi Cazorla because always hoping for his return is stopping the manager from going into the transfer market to look for the replacement of the player who has been out for a while. This would bring protests from the supporters because they are connected to the player than even the contract rebels Mesut Ozil and Alexis Sanchez who are also among the most loved players at the Emirates Stadium.