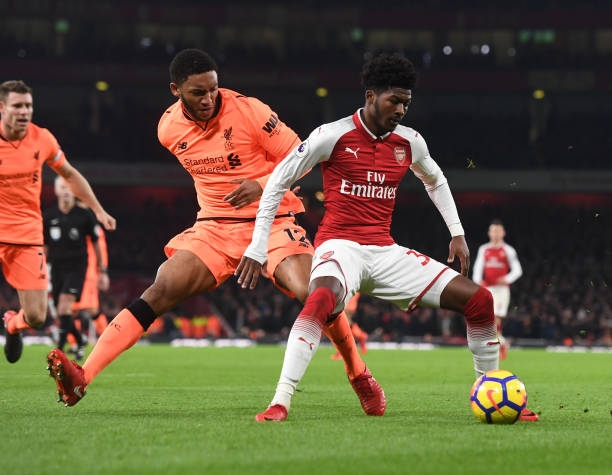 The gunners played against Liverpool on Friday and the manager started Maitland Niles in the lineup with many fans getting surprised at this decision.

Arsenal played against the reds last night and made a 3-3 draw with them but there were many questions raised by the fans like some asking why Arsene Wenger started a youngster over a well experienced fit Sead Kolasinac. Some gunners believe that the manager might have made a poor mistake because they believe that Maitland-Niles caused some of the goals.

The manager has cleared the air on why he started the youngster on such an important match;

“His pace is the main reason why he played and I think as well his recovery runs are very good, he has shown that a few times.’ the manager told Arsenal’s official website.

‘He came back and I think it’s a positive game, he is 20 years old and what he showed in a game of that stature is very good. It was a big test against Salah, but I think successful, it was a successful performance from him.”

Some of the Arsenal supporters will agree with the manager that the young wing back tried stopping the reds superstar Mohamed Salah who was the main man attacking the gunners last night but Maitland-Niles is also blamed for other two goals which were conceded due to his poor marking but the manager doesn’t blame him.

The manager has been starting the youngster in the last three English Premier League matches and no one knows why Arsene Wenger has stopped having trust in Sead Kolasinac who has just joined the gunners this season in the summer transfer window.