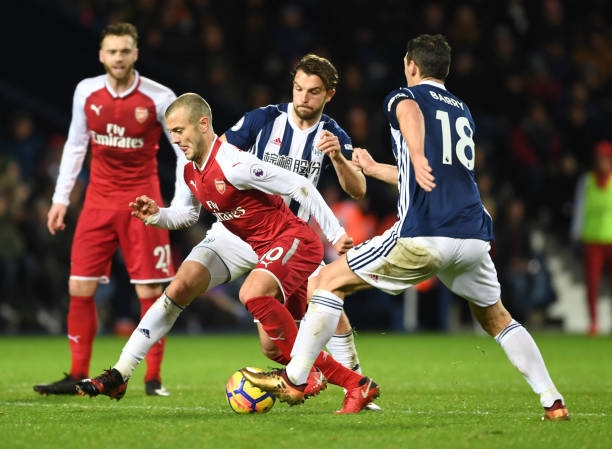 The gunners were welcomed today at the Hawthorns stadium by West Brom Albion as they were hoping to collect three points after having a good performance in the last few games but were stunned after Albion came defensive minded today and were very hard for Arsenal to crack up.

The gunners were quite very possessive in this match and finally made their breakthrough in the 83rd minute with Albion player McClean scoring into his own net but Arsenal were not able to hold that lead for a long time because West Brom Albion equalised after 6 minutes after they were awarded a penalty.

1. Arsenal goalkeeper Petr Cech has never saved a penalty in his Arsenal career.

2. The gunners have now made 5 draws so far this season.

3. The gunners have had an awful performance when playing away from home.

4. Arsenal have always been wasting most of their chances to get closer to the top four.

The gunners have dropped two points today but will be hoping to have a better 2018 year.