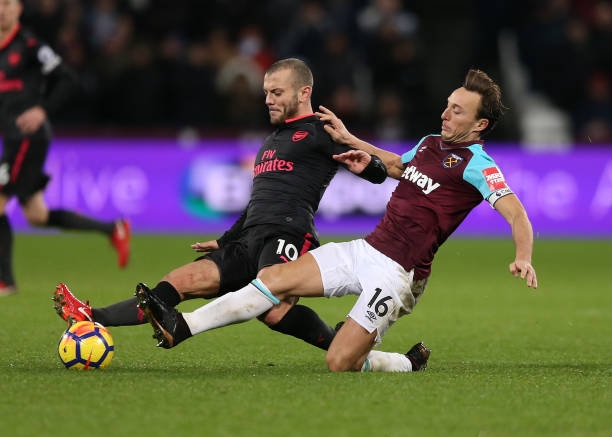 The gunners were welcomed at the London stadium by West Ham United yesterday with the North Londoners hoping to get closer to the top four but were surprisingly led to a goalless draw with the hammers.

The Arsenal squad travelled to the London stadium yesterday to play their 17th English Premier League’s match but the hammers luckily found a way to stop the gunners from scoring against them last night hence making a draw with them which is very costly for Arsene Wenger’s men who wished to get into the top four before the new year begins.

The gunners are very disappointed with the performance showed by the team yesterday but what has made most gooners very angry is the fact that the manager benched most of the first team players like Alexandre Lacazette, Sead Kolasinac and brought in some players that aren’t used in starting EPL matches this season so the changes weren’t fruitful as what the manager expected.

The gunners started the match well as they had great possession but were not able to use that plenty time with the ball to score a goal and it was even the same situation in the 2nd half with a lot of missed chances. The manager got panicked and made some changes in the 2nd half but were all not fruitful because they still ended up drawing with the hammers.

1. Squad rotation is very important for the team but what Wenger did was very absurd.

2. Wenger made a mistake to bench Lacazette because Giroud is now in EPL history as a super sub.

3. Arsenal are at a risk of not finishing in the UCL and Europa League spots this season because they are under performing this season.

4. The gunners have been terrible this season because especially when playing away from home.

5. Arsene Wenger up to now never learnt that football has changed and it’s not old fashioned as it used to be two decades ago.