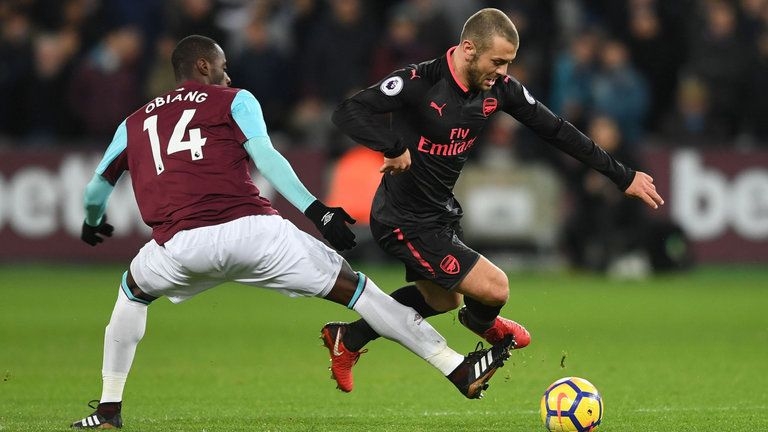 The gunners will be going into the January transfer window which will seem to be very busy because some of there are clubs that said to be interested in signing some Arsenal stars.

Jack Wilshere has been at the Emirates stadium for many years now after he obtained his debut at the age of 17 which wasn’t that common at that time to believe in youngsters so the English international has always had special connection with Arsene Wenger because he is an important person in his footballing career.

The English international has spoken about his future ahead of the January transfer window and here is what he said when asked about leaving the Emirates stadium;

“There is not really a date in the diary,I have only read what he ( Wenger) is said in the media. I have just played my first game in the Premier League, I am concentrating on staying fit and staying in this team.’ the midfielder is quoted by MIRROR SPORT.

‘That will look after itself. When it’s the right time to talk about it, I’m sure the boss will call me and we’ll have a chat. ”

The midfielder clearly says has no intention of leaving the Arsenal team in the January transfer window amidst all the rumours but according to his words, the player seems to also be ready to put pen to a new contract if the manager offers him a new deal.

The gunners will come into this January transfer window well knowing that they will have a hard time trying to keep their star players like Mesut Ozil whose contracts expire at the end of this season and there hasn’t been any signs ox renewing the deals. Most Arsenal fans will be angry at the manager if he first minds about giving Jack Wilshere a new deal and risks losing Ozil or Sanchez who can be deemed as the most important players at the Emirates stadium.

Jack Wilshere made his first English Premier League match for this season yesterday when the gunners faced the hammers and he had a great match even though the match ended in a goalless draw.

Mesut Ozil Will Join Manchester United According To Pundit.