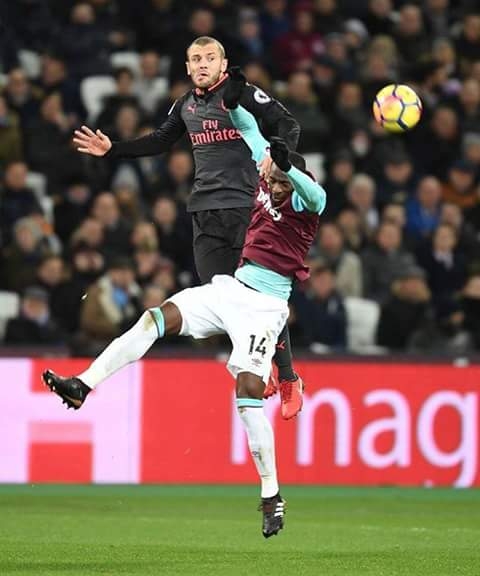 The gunners played against West Ham United yesterday and they drew with defensive minded hammers who looked to have come hoping for a draw.

The Arsenal squad travelled to the London stadium hoping for win yesterday after their disappointing draw against Southampton on Sunday but little did they know that David Moyes’ men were also gonna hold the gunners to a goalless draw this week.

The Arsenal players were very disappointed with the result they had with the hammers in Wednesday. Jack Wilshere got his first EPL match after a very long time and was happy about that despite the disappointing result.

Not the result we wanted, have to bounce back saturday! Happy to play for @arsenal in the @premierleague for the first time in a very long time! ⚽️?❤

The gunners were hoping to climb into the top four before the new year begins because they would be willing to come back to the UEFA Champions League next season because it isn’t good for the Arsenal sponsors who want to have the club playing at a high level in the top competitions.