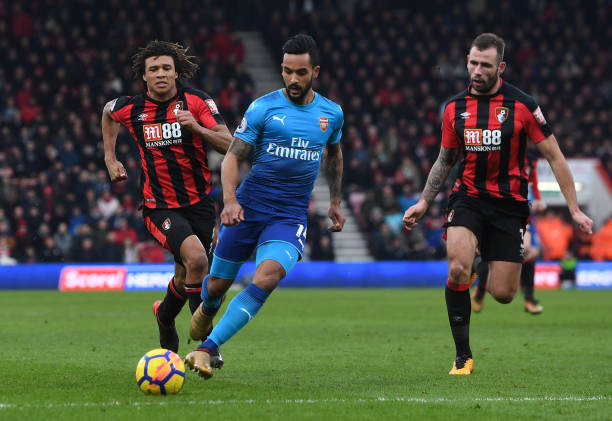 The gunners made a visit to the Vitality stadium to face AFC Bournemouth as they hoped to get back to winning ways but were stunned with the confidence of the cherries who defeated Arsenal 2-1.

It seems everything is falling apart for the gunners because their form keeps becoming worse each and every day and it is no lie that Arsenal has been shy of winning when playing away from home hence losing valuable English Premier League points.

The gunners started the match against AFC Bournemouth without their star players Alexis Sanchez and Mesut Ozil who were both not among the selected squad to make the journey and it seems this hugely affected their performance against the cherries because they failed to penetrate the defense of the opponent in the first 45 minutes.

There are many talking points from this match but we selected a few of the main ones.

1.This Arsenal away loss leaves the gunners 5 points away from the fifth placed team.

2. Arsenal players played with disturbed minds after many transfer rumours about their teammates.

3. Arsenal has been finding it hard to win away from home this season.

4. The gunners have so far made 6 losses this season which is so surprising because there is more tough matches to come.

5. If Arsenal continues playing like this, it will miss out on a UCL spots.

The manager was very frustrated with the results and it looks like he has run out of ideas while the fans are mocking his name calling for his resignation which he will possibly won’t do.