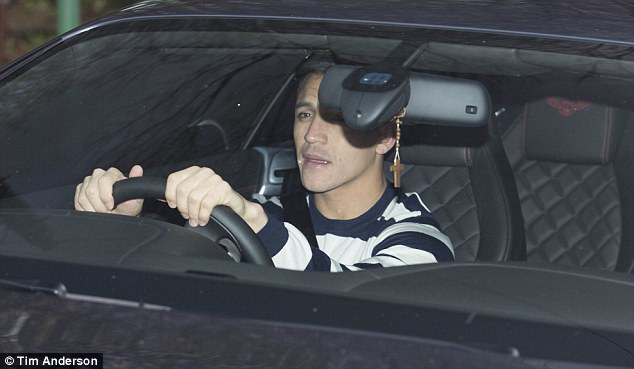 The gunners have been discussing with Manchester United over a possible deal with Alexis Sanchez making a move to the Old Trafford which is expected to be done by today or the next few days.

The Chilean international surprisingly arrived at the London Arsenal training with a un happy face which was quite enough to show that he is leaving the gunners soon. However the player was instead putting on a smile when he left the training as you can see in the pictures below.

Arsene Wenger has said that the deal will be finalised in the next 24 hours so the announcement is expected to be done today or tomorrow because the manager said that he wants everything to be done before the match against Crystal Palace.

Wenger Reveals Who Will Replace Sanchez