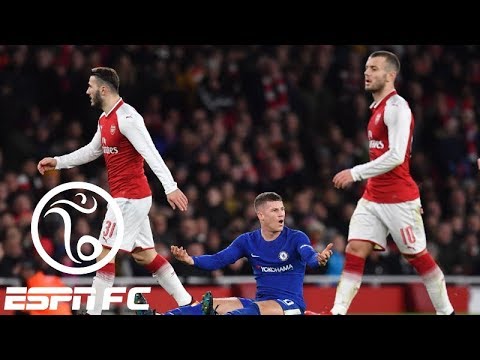 The gunners welcomed Chelsea at the Emirates stadium last night as they played the semi finals which they won and progressed to the finals after winning 2-1.

London was on fire yesterday as the gunners took on the blues who have been a team that usually gives Arsenal a hard time but that wasn’t the case for last night because the gunners defeated them convincingly.

The match ended 2-1 in favour of the gunners so here are the video highlights.

The gunners will be hoping make such great performances as of yesterday in the coming matches.

Video: Swansea 3 VS 1 Arsenal Highlights ( Find Out Who Made Mistakes)

Video: Watch The Funny Thing Xhaka Did After Win Against Chelsea