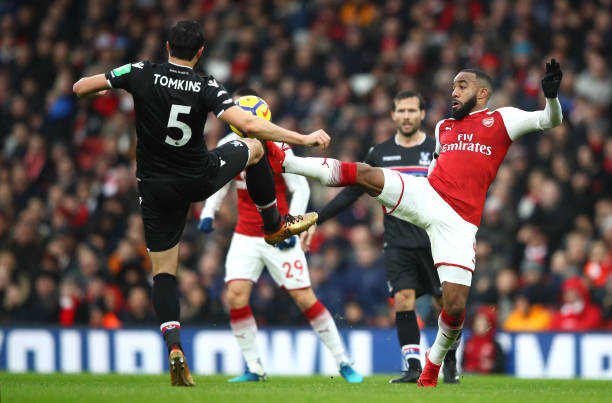 Arsenal shrugged off the impending departure of Alexis Sanchez by scoring four times in the first 22 minutes en route to a 4-1 hammering of Crystal Palace on Saturday.

Nacho Monreal capitalised on shambolic defending to score the first and then tee up the next two for Alex Iwobi and Laurent Koscielny before the returning Mesut Ozil, back after missing three games with a knee injury, played a key role in Alexandre Lacazette‘s marvellous fourth.

Luka Milivojevic‘s consolation came far too late to cause any Arsenal nerves and victory sees Arsene Wenger‘s men bring their five-match winless streak since a 3-2 success at Palace in which Alexis Sanchez scored twice – to a resounding end and move within two points of fifth placed Tottenham Hotspur, who visit Southampton on Sunday.

The gunners walked away with all the three points in a match needed win because the Club is currently in a desperate state these days with the team losing most of their star players like Alexis Sanchez who is on his way to Manchester United.

Analysis On The Current Arsenal Crisis ( Need To Read This)