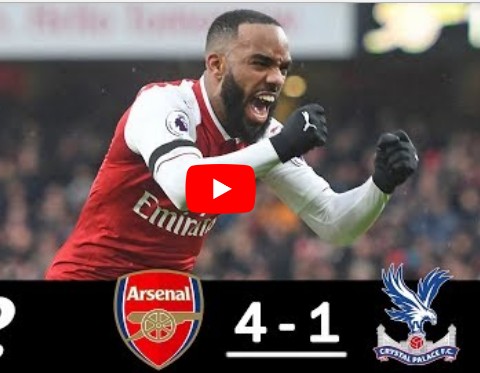 The gunners played against the eagles yesterday and defeated them 4-1 after Arsenal silenced them in the first 45 minutes by scoring four goals.

The gunners were very lucky yesterday because they ended the match in the first half and had to just defend their fat lead so Crystal Palace had no chance of getting back in the match even though they recovered one goal.

CHECK OUT THE VIDEO HIGHLIGHTS OF THE MATCH.

The gunners had finished many weeks without getting a win with many goals and the fans were very happy about yesterday’s win because the Club had been underperforming in the past three weeks.