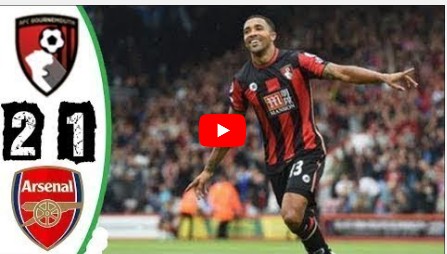 The gunners played against Bournemouth on Sunday and were defeated by the confident cherries who were able to hold Arsenal and beat them.

The gunners were welcomed at The Vitality Stadium hoping to make things right after they were underperforming in the recent weeks so the Arsenal supporters thought that they were gonna win that day.

We have brought the video highlights a bit late but we thought you might need to see them to see the players responsible for the loss.

The players were very apologetic to the fans because they are a better team than the cherries so it was a big disappointment for a big club as Arsenal to lose easily when they had taken the lead before.