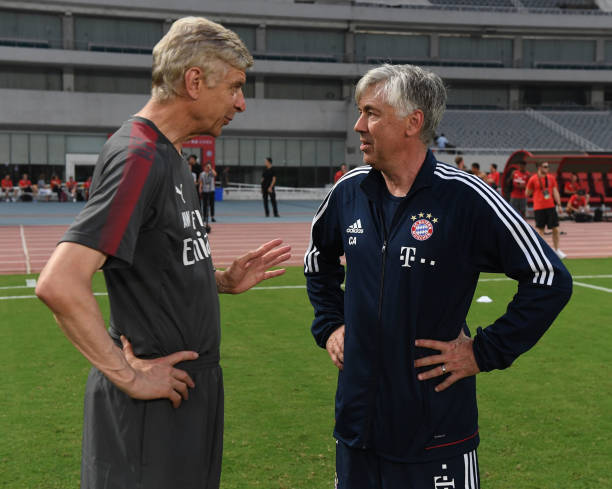 The gunners have been underperforming in this 2017/18 season and most of the fans believe that their manager Arsene Wenger is to blame for this.

The latest report from METRO SPORT has revealed the big news which says that the gunners have agreed a deal with former Bayern Munich manager Carlo Ancelotti to manage the North Londoners after the end of this season, so this means Arsene Wenger won’t finish the 2 year deal he signed with Arsenal in May.

The gunners have failed to win the English Premier League ever since the 2004 season so this is one of the main reasons why the Arsenal supporters believe that it is time for Arsene Wenger to leave the club because his tactics seem to be outdated and not effective in this modern football.

Carlo Ancelotti is a top world class manager who has managed a number of top European clubs so his perfect replacement for the gunners manager who has spent two decades in London but some football analysts believe that he might be the same as Arsene Wenger because he ha been fired at the previous clubs he has managed.

The Arsenal supporters have for long been begging for a new manager but the board has always been adamant on looking for a new one because they strongly believe in Arsene Wenger, one of the most important thing the fans would wish to see Carlo Ancelotti when he arrives at Emirates stadium is to spend big in transfers in order to compete with other top clubs.