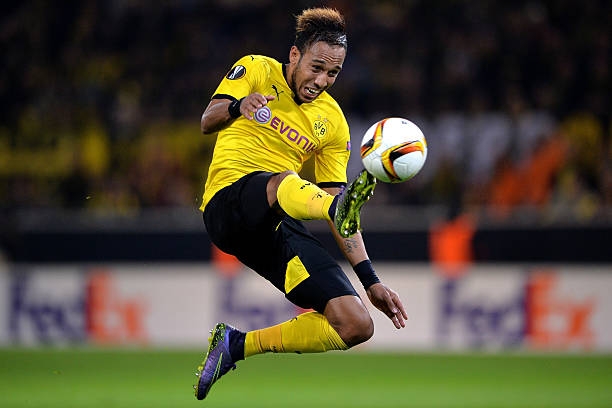 The gunners are currently desperate to find a good replacement for ready to go Alexis Sanchez in a limited time but it is believed that the North Londoners have identified Aubamayeng as a suitable player to replace the Chilean international.

There has been continuous rumours in many websites and newspapers who say that the Borussia Dortmund forward would be open to a move to the Emirates stadium but nothing is certain so far.

The Gabon international has added fuel to the rumours today after he posed for a picture with a thought to be Arsenal supporter wearing the gunners scarf today, a picture taken by a journalist of Mirror Sport as you can see below.

Really funny lad is @Aubameyang7, and loves his clobber!! Second picture may interest one or two…*coughs pic.twitter.com/RwbdxyNcal

This picture has went viral on twitter with a lot of speculations in the minds of Gooners who believe that this might be a sign that the forward is ready to make a switch to the Emirates Stadium. If the rumours are to be believed, Arsenal will need to make a bid over £60 million because his club values him in that range.

3 Perfect Replacements for Alexis and Walcott

Sanchez Transfer To Manchester United Still On Hold For This Reason