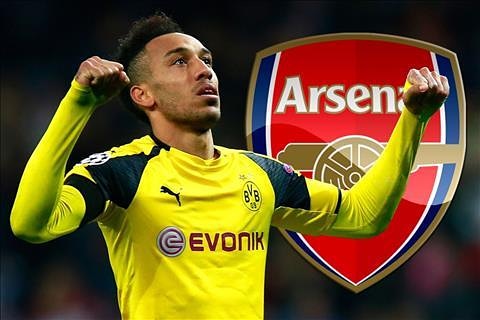 The gunners have agreed a deal with Borussia Dortmund over a transfer of Aubamayeng to the Emirates stadium in this transfer window.

The Gabon international is reportedly in the London city as he closes in on completing the much anticipated deal to the Emirates stadium. The player is said to have pushed for a move because he no longer wants to stay at Borussia Dortmund.

There has been a picture which has been trending on twitter which shows Aubamayeng and you can look at it below;

We do not confirm the authenticity of this picture but it does not look like it was photo shopped so let’s wait for official announcements which are expected to be announced soon.