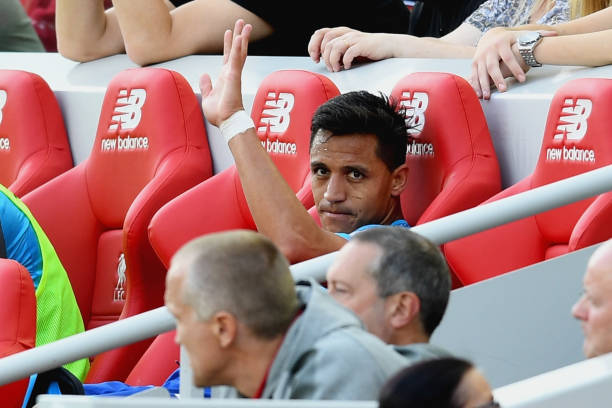 ​​There is speculations in the UK football world now with heated transfers happening and it seems the red devils have successfully signed Arsenal midfielder Alexis Sanchez.

There is still waiting of the official statement but everyone knows that the Chilean international and even his teammate to be Romelu Lukaku has confirmed him as a red devils player after he shared  the picture below which explain a lot.

The picture is a blank photo but it contains some emojis with the first one being a national flag and guess what, it’s the Chile national flag and another pointing to a scary emoji who could mean red devils so the picture translates to Alexis Sanchez becomes a red devil.

The gunners will surely miss the Chilean international because they had made a great relationship because he helped them win the FA Cup.