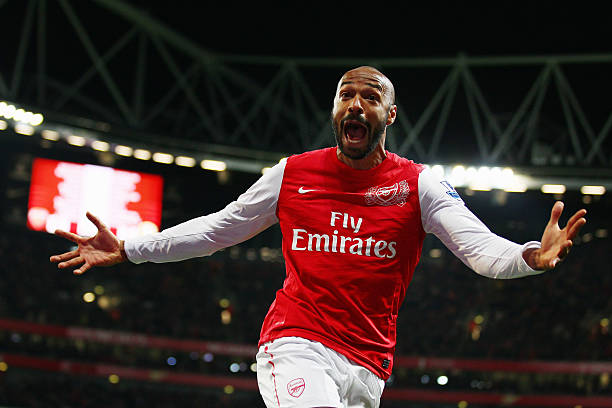 The gunners have a pretty great relationship with Thiery Henry and it is no secret that he is an Arsenal legend and most people regard him as the greatest player to have wore the Arsenal jersey.

The gunners have always been greatful to their best no.14 ever because he helped them make many accomplishments and he was among the among the top players that helped Arsenal go the whole of 2003/2004 season unbeaten.

Thiery Henry made history in the world of football and he made a one time switch back to Arsenal 6 years ago today and the French legend still remembers this day because it was the first and last time he played for the North Londoners ever since he made a transfer to Barcelona and he even scored in that match.

This day six years ago was one of the best moments of my life. #onceagooneralwaysagooner @arsenal

The former Arsenal star wrote the following in his post;

“This day six years ago was one of the best moments of my life. ”

The gunners have never up to now ever signed or groomed a player up to the standard of Thiery Henry but maybe they will do in the coming 5,10 and 20 years or maybe even now because they have young talented players like Reiss Nelson who have showed that they can be great players in the coming years.

Related Topics:ArsenalThierry Henry
Up Next