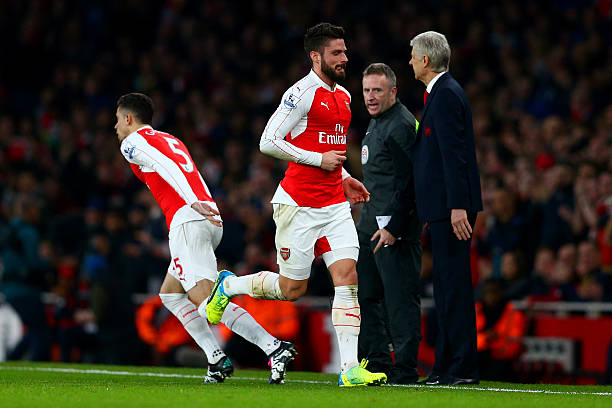 The gunners currently have many forwards in their books and there are reports that Arsenal would like to release some of them in this January transfer window.

It has been reported that Olivier Giroud is currently being monitored by a number of clubs but with Chelsea being the most interested in the French international who is currently on the sidelines.

Arsene Wenger was asked if the French international has told the manager that he wants to leave the club, here’s what he replied;

“No.I have consistent exchange with him. We speak about it a lot.’

‘He has played a lot of games and scored important goals.He is an important player and every player has a lot of respect for him.”

The gunners have been trying to negotiate with Borussia Dortmund hoping to offer them Olivier Giroud in the deal to sign Aubamayeng.