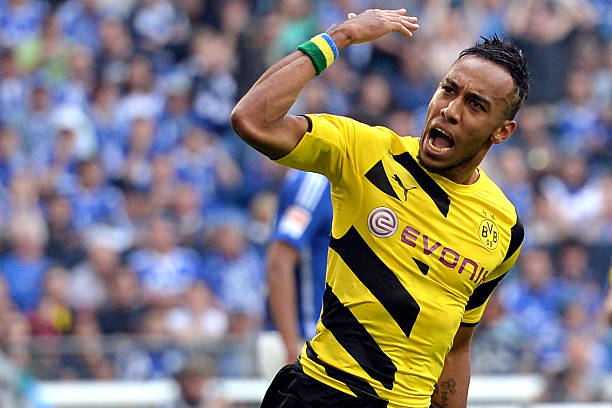 There has been constant reports saying that the gunners are on the verge of signing Borussia Dortmund skipper Aubamayeng in this January transfer window.

Arsene Wenger has a press conference today with the reporters hoping to ask him on numerous things that have been being reported, the manager was also asked about the possibility of signing Aubamayeng but the manager said that he has nothing much to say.

Borussia Dortmund have made a reply instantly today which can be considered as a funny reaction from the official of the German club. He said;

“ We find it disrespectful to comment on players from other clubs. There’s no contact to Arsenal. We assume Wenger has enough to do to care about the performance of his own players.”

This can be considered as a poor statement because Arsene Wenger didn’t say much because he was even not the one who talked about it, the journalists are the ones that asked him in the first place.

There are many speculations which this statement will make to arise because it seemed like Borussia Dortmund are offended with the current rumours saying that the gunners are close to signing Aubamayeng. It was earlier reported that the family of the Gabon international was in London to finalise the deal of the striker at the Emirates stadium.

The gunners have for long been showing interest in this player but they have always failed to get him because his club overprices him hence the North Londoners backing out of the race.

Bad News For Arsenal AS Wenger Rules Out Move  For Star