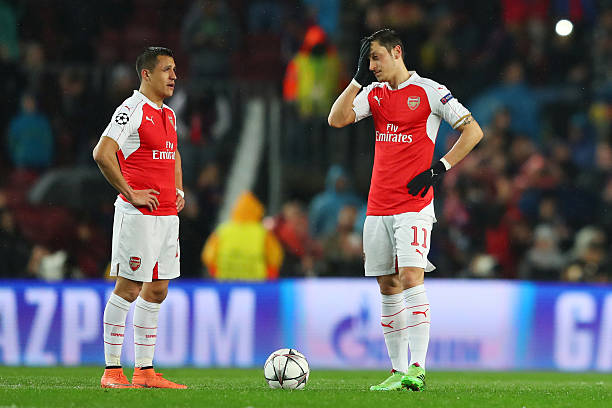 There has been many strong speculations on the future of Alexis Sanchez and Mesut Ozil whose contracts expire at the end of this season.

There are many clubs who will be hoping to capture the signatures of the duo because it is said that the two wish to leave the Emirates stadium in this January transfer window but nothing has been confirmed as of yet.

Arsene Wenger has given the latest comment on the situation of Alexis Sanchez and Mesut Ozil.

“Will depend as well on the players out of contract in June.We have to take that and respond to it.’ the manager is quoted by MIRROR SPORT.

‘We have not lost them yet and if we do,we will respond by bringing in players of top quality.We have not been contacted by anybody.”

The gunners will be facing Chelsea on Sunday and the fans will be hoping that their contract rebels perform well amidst the transfer rumours going on because they can hugely affect the performance of the players.

Alexis Sanchez and Mesut Ozil are very important players at the Emirates stadium because they helped Arsenal win the FA Cup for the first time after they had spent almost over eight years without winning any trophy. There isn’t any team which has confirmed the interest in these two players but it is said that Manchester City and PSG will be hoping to try and convince the Chilean international to leave the North London club in this month.