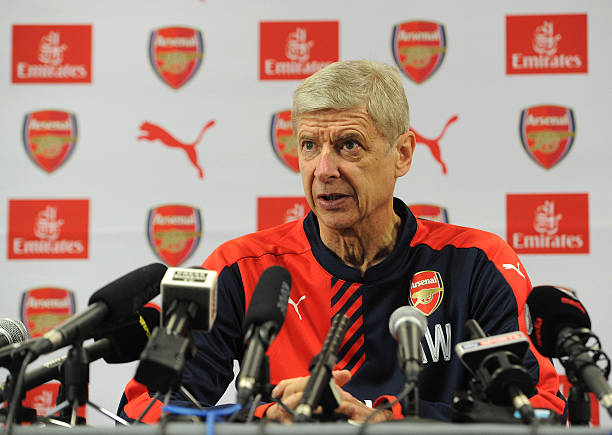 The gunners will be playing against Bournemouth this weekend as they hope to get their first win in 2018 because it seems the new year hasn’t started well for them.

The manager had a press conference today and revealed some information like the status of the current injured players as the injury lost of Arsenal keeps growing each and every day. Arsene Wenger has confirmed that Jack Wilshere isn’t out of the Sunday match so there is a possibility he might be available because his scan was good.

The manager also said that the gunners will be welcoming back Aaron Ramsey to the squad;

“We’ll have Ramsey back in the squad. We have an uncertainty over Ozil, who will have a test earliest tomorrow. That at the moment is a bit 50:50. All the other players will still be out for Bournemouth.” the manager told Arsenal’s official website.

The gunners will still be without many other players like Sead Kolasinac and Olivier Giroud who are still on the sick bed nursing their injuries but are also expected to be back into action before the end of this month. The manager says that is devastated with the injury crisis he has on his hands but hopes to have an injury free February because most of his players will be back by then.

The manager also said that left back Nacho Monreal will also be back early next week;

“Koscielny next week, Kolasinac next week – though he has a little, little chance to be available. Monreal earliest next week as well.” said Wenger.

The gunners have always been a club that is usually affected with. injuries but they haven’t been getting injury crisis’s these days until this season but good enough they have squad depth.

Reactions Of Arsenal Players On Draw Against Chelsea