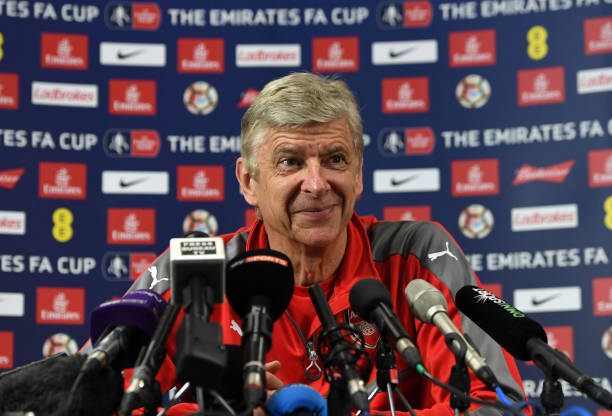 The gunners have been very quite busy in this January transfer window as they have already finished Mkhitaryan deal and now working on bringing Aubamayeng at the Emirates stadium.

Aubamayeng is reported to have made his decision to leave his current club Borussia Dortmund because he would like to join the gunners in the January transfer window according to reports, but nothing official has been announced yet.

Arsene Wenger had a press conference today and he talks about a number of things and gave latest update on the deal of Aubamayeng, the manager said;

“Confident or not confident, I do not know.We are not close to a deal for Aubameyang with Dortmund or anybody else.’ the manager is quoted by MIRROR SPORT.

‘He is one of our possible movements but there are others. The final decision is not made.”

The gunners will not be pleased with the statement made by Arsene Wenger because they thought that the manager would have wished for the French manager to say that their close to finishing the deal.

However the manager has always been a type of manager that doesn’t like revealing the latest update on the players he wants to sign because he continually says that the press makes things complicated for clubs when it comes to transfers. The reports say that Borussia Dortmund can accept a bid from the gunners if it is negotiable because they are fed up of the life style of the Gabon international.