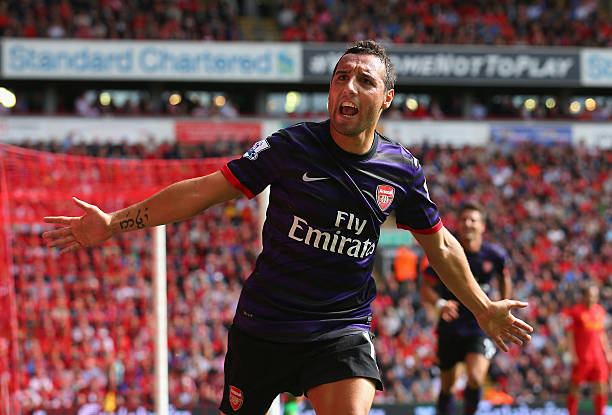 The gunners have not been with their star midfielder Santi Cazorla for many months now due to the long term injury he sustained in the past which has made him go through many surgeries.

The Spanish midfielder has suffered a lot on the sidelines and has spent a full year without playing on the pitch which is very bad for a player of his calibre and is a fan favorite at the Emirates stadium.

Arsene Wenger has revealed the latest update on the injury of Santi Cazorla and says that they are no longer updating him on the situation;

“He ( Cazorla ) was expected to be back in now,he had a new surgery.I am not informed about his medical situation’ the manager is quoted by MIRROR SPORTS.

‘I wished him well about two weeks ago but he hasn’t come back yet. Medical people know better than I do if he will play again in 2018.”

The gunners were hoping to see the player back in action this month because they have missed him for a long time, they believe that he would be an upgrade to the current Arsenal attacking midfielders.

Santi Cazorla is known for his magical touches in the final third of the pitch which has made most Gooners to nickname him “ The magician ” but the big problem he has faced in his footballing career has been constant injuries affecting his performances.

Pictures: Check Out Who Trained Ahead Of Swansea Match