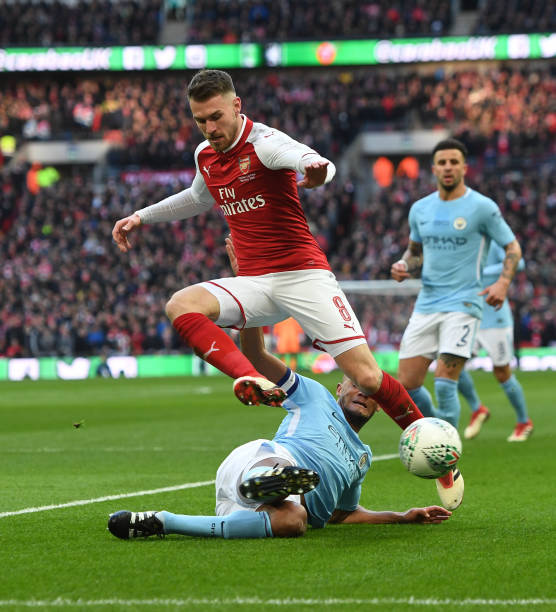 The gunners played against the citizen’s at the Wembley Stadium and were defeated by the Manchester club 3-0.

The manager started Aaron Ramsey in the lineup against Manchester City in Sunday’s final but the Welsh international didn’t perform as expected by the fans because he has been always scoring everytime Arsenal play at Wembley Stadium.

The Welsh international was also disappointed in himself and here’s what he had to say;

“Obviously we’re all very disappointed. We wanted to try and win the game but we made a silly mistake which led to the first goal and that was disappointing.’ the Welsh told arsenal.com.

‘It’s always difficult when they take the lead and they’re such a quality team. They deserved the win today.”

The Welsh international didn’t impress the fans yesterday as he looked displaced in the midfield against the attacking midfielders of Manchester City.

Giroud Reveals What Was His Goal Before He Joined Chelsea