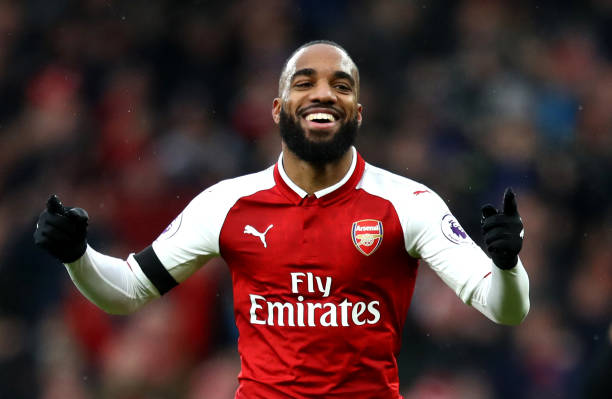 The gunners recently completed the signing of their most wanted transfer target Aubamayeng who was given a debut right away on Saturday when Arsenal took on Everton.

The Gabon international comes at the Emirates stadium at a time where they already have another world class striker who is Alexandre Lacazette who was still trying to find a way to fit into the gunners playing style of the Arsenal but he will now be facing strong competition from the former Borussia Dortmund star.

The gunners are all excited about the arrival of their new striker but there’s one thing disturbing them in their heads is who should be starting in most matches, Gabon or French international but they will leave that decision to their manager even though they would have been happy to see both of them start the same match together.

The gunners had been underperforming in the recent weeks with many sports betting sites starting to give the opponents of Arsenal few odds but that has significantly changed since they announced the signing of Aubamayeng in the January transfer window. Some Arsenal fans are praying that their manager doesn’t make Lacazette like Olivier Giroud by not giving him chances which could lead to him leaving the club soon.

Alexandre Lacazette has scored a number of goals this season already yet he hasn’t got used to the league so most football analysts believe that Arsene Wenger should be using his new signing from German in EPL matches while Alexandre Lacazette plays in the Europa League which also does have many matches.

In conclusion, both of these players are good and good bring back glory days to the Arsenal team which has never won the English Premier League again since the 2004 invincible season where the gunners went the whole season un beaten so most of the veteran gooners believe that this duo could form a famous attacking duo like the one Thiery Henry had with Bergkamp.

The gunners have been trying to find their rhythm back of fighting for top silverware but they have been failing in most times but they can do that next season if Arsene Wenger finds a way to utilize both Alexandre Lacazette and Aubamayeng.