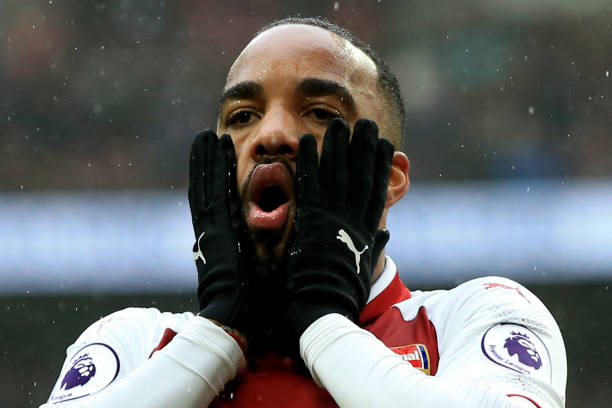 The gunners played the North London derby against Spurs which they lost and among the highly criticised players, Alexandre Lacazette tops the list.

The Frenchman wasn’t given a start yesterday because the manager decided to begin him on the bench but later brought him into the match when things weren’t going on smoothly but Alexandre Lacazette un fortunately missed some great opportunities which has angered the fans.

We are going to make analysis if he deserves the criticism but we believe he doesn’t deserve it for the following reasons listed below.

1.LOSS OF TRUST FROM THE MANAGER

Lacazette was supposed to be the hero of Arsenal when he was signed but the manager was always removing him after 70 minutes in order to satisfy Giroud which has made him lose confidence.

2. IGNORING HIM AFTER AUBAMAYENG SIGNING

The manager has clearly showed that he prefers the new signing over Lacazette when he could be starting them both but very ignorant to do that because he doesn’t using two strikers at once.

3. Brought Into The Intense Match

The striker was brought into the match when everyone was under pressure and it was no surprise that he could have missed some best goal scoring chances.
He is a great striker so he doesn’t deserve this critiscm from the fans just because of one match.