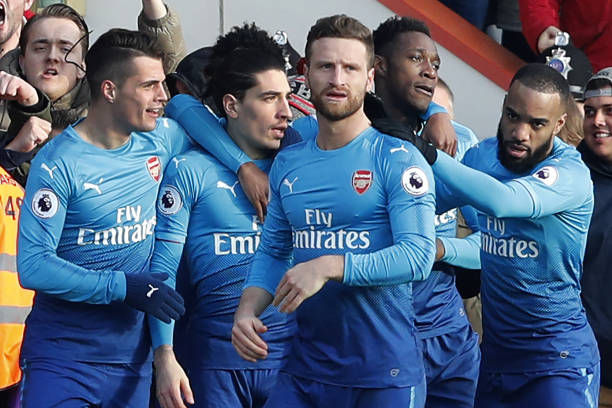 Arsenal will face Ostersunds in the last 32 of the Uefa Europa league match following a smooth ride in the group stage matches.

Arsenal manager Arsene Wenger after losing a couple of players to the transfer window insist Arsenal can wuin the Europa League with the rotation of players.

Arsenal who has been the favourite to win the competition, but with the Addition of clubs that failed to qualify for the Champions league knock-out stage in terms of Atletico Madrid, Borussia Dortmund has poses a major threat to the gunners hope of winning the competition.

For the win to be a reality for the gunners Arsene Wenger has to name an entirely different and strong squad.

Three ways in which Arsenal can line-up

Gunners midfielder Mkhitaryan will not be wearing the no.7 shirt due to the UEFA rules who don’t want a same shirt number to be used twice by different players in same season so he will wear the shirt no.77.

The League Cup: Arsenal’s Only Chance Of Domestic Silverware In A Competition They Have History With

Analysis  On Aubamayeng Signing, Plans Wenger Has For Him And His Past Glory Days