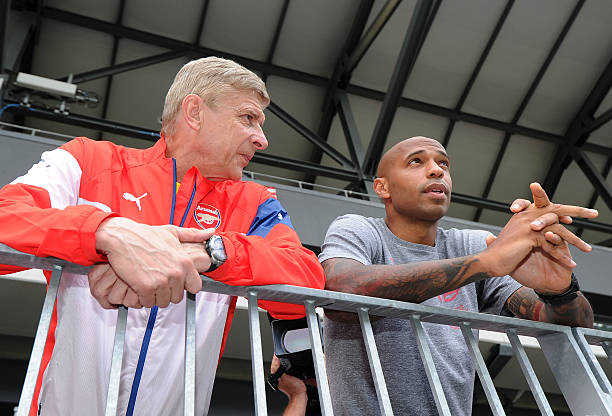 The gunners are currently in a poor position and their fans no longer trust their team because it is underperforming so the call of Arsene Wenger‘s resignation has begun again.

Gunners legend Thiery Henry confirmed his desire to one day coach the gunners when the manager’s contract expires or if he is sacked which is un likely to happen.

Other Arsenal Legend Ian Wright says that this wouldn’t be the perfect time for the former French star Henry to manage the gunners because they are in a detoriating state, here’s what he said;

“It would be tough,he ( Henry) has not managed yet so we do not know what he is capable of. This needs a lot of thought and working out. I am not sure we can go through too many more years of what is going on.’ the legend is quoted by METRO SPORT.

‘The club need to start looking for somebody who is not old. They are talking about Ancelotti, but they need to find the next one like Mauricio Pochettino, who built his way up.”

Most Arsenal fans believe that Henry is a person who could manage their team and improve the club so that he can bring the former glory of the team.

4 Possible People  That Could Replace Under Pressure Wenger