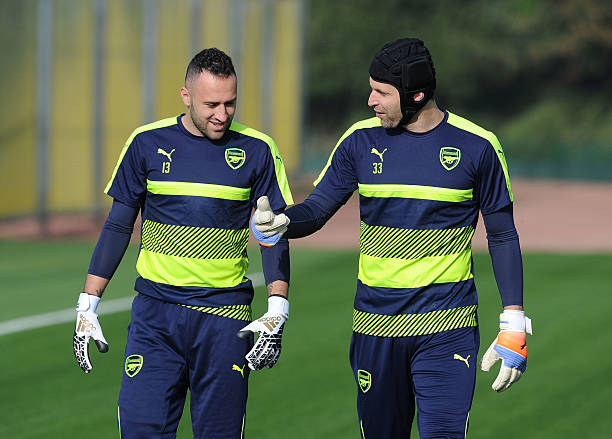 The gunners will be playing in the EFL Cup final on Sunday against Manchester City and the question which goalkeeper. will start the match for Arsenal.

The gunners go into this match knowing that this might be their only chance for silverware because they are out of the FA Cup and possibly can’t win the English Premier League because they are not even in top four.

Arsene Wenger has today confirmed that the gunners will have David Ospina will start the match against the citizen’s in the Carabao Cup final but he also added this on that matter;

“It is always a difficult decision but I have been clear about that from the start of the season. I have two world class keepers.” the manager is quoted by MIRROR SPORT.