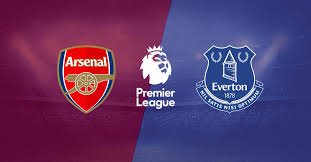 The gunners will be taking on the toffees tonight as they hope to collect all the three points if they want to get into top four of the English Premier League.

The gunners will be hoping to see some players get their first starts as Arsenal players such as Aubamayeng and Mkhitaryan who will need to impress their new fans.

Our editors have selected this expected lineup basing on current team news and we don’t confirm that is the official lineup for today’s match.

We believe that Arsene Wenger will want to finally try the much waited new signings who they obtained in the January transfer window.

It will probably be the time for Arsenal fans to know if they had a successful transfer window.

Report:Some Interesting Things That Happened In Arsenal Match Against Everton

​Can Big-Money Forwards Bring European Football to the Emirates Next Season?