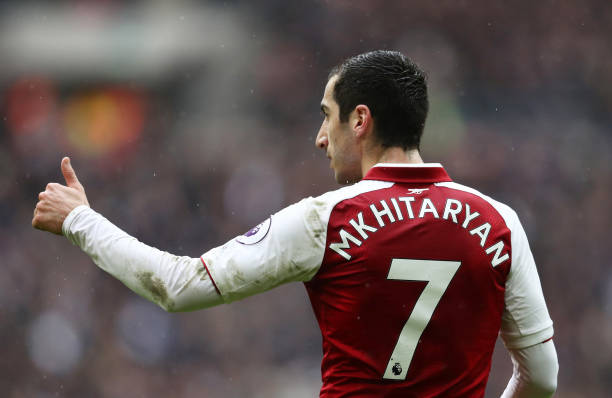 The gunners completed the signing of Mkhitaryan in January after making a swap Deal with Manchester United as their winger Alexis Sanchez going to the Old Trafford.

The Armenian international was overjoyed about joining the gunners because it has always been his dream club according to him and it is even on record that he said so.

Mkhitaryan has revealed the player he likes playing with and it is Mesut Ozil who he enjoys playing with, the midfielder said;

“Everyone knows that Ozil is one of the best players in the world.’ the player told Arsenal Player.

‘It’s only happiness and joy to play next to him because he understands very well the football game, he has great vision, he has amazing technique and he’s the best in his position.”

The player got quite an admiration for the German international and even labeled Mesut Ozil as ‘ assist king ‘ even though having more assists than him this season. These two basically play the same position but the manager has found a way to accommodate both of them in the same lineup.

They have never played at the same club together so this will be the first time but this will be beneficial to Arsenal to have two great attacking midfielders in their team. The gunners have squad depth this season but what is surprising is that they are still under performing.