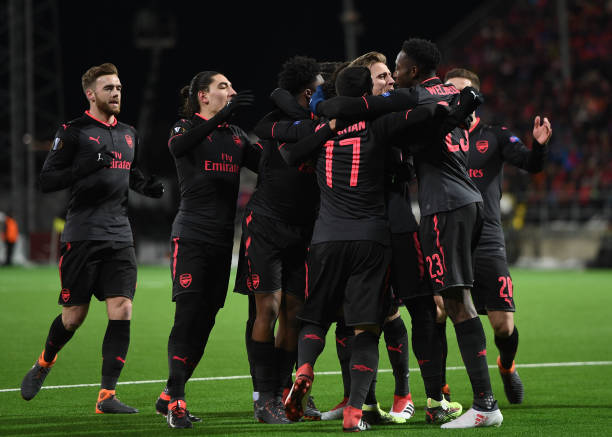 The gunners faced their Europa League opponents Ostersunds today and have beaten them 3 nil thanks to a great away performance against the Swedish team.

The gunners travelled thousands of miles to play the first leg of the round of 32 and were welcomed. by the Swedish team which they have defeated thanks to three goals from Mesut Ozil and Nacho Monreal while the other was an own goal.

Arsene Wenger‘s team will travel back to London when they are calm because they are one step into the Europa League round of 16 already because it would be very hard for Ostersunds to overturn the 3-0 goal loss at the Emirates stadium.

Arsenal Qualify For Europa League Round Of 16, Match Report