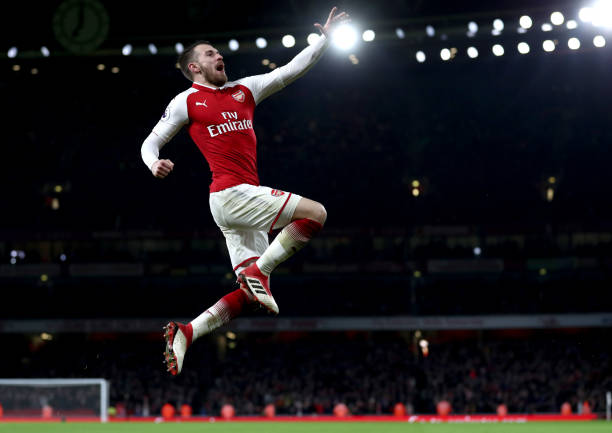 The gunners are playing against Manchester City tomorrow at the Wembley Stadium and Arsenal midfielder Aaron Ramsey is looking forward to the match.

Gunners midfielder Aaron Ramsey has played 8 times at the national stadium and all those times he has played there, they have all been wins for Arsenal so he will be hoping to maintain that record tomorrow as they take on Manchester City tomorrow.

The midfielder had this to say ahead of the final against the citizen’s;

“We’ve got another final now on Sunday, so that’s something that I’m going to really look forward to.’ the player told arsenal.com.

‘We’re going back to Wembley again and you want something to show for every season. This is an opportunity to definitely do that.’

‘We know we’re going to be up against a great team but they have their weaknesses and we’re more than capable of beating them if we get our gameplan right and perform on the day.”

The Welsh international has always been very valuable to the team especially in finals because he has scored crucial goals at the Wembley Stadium in two FA Cup finals.