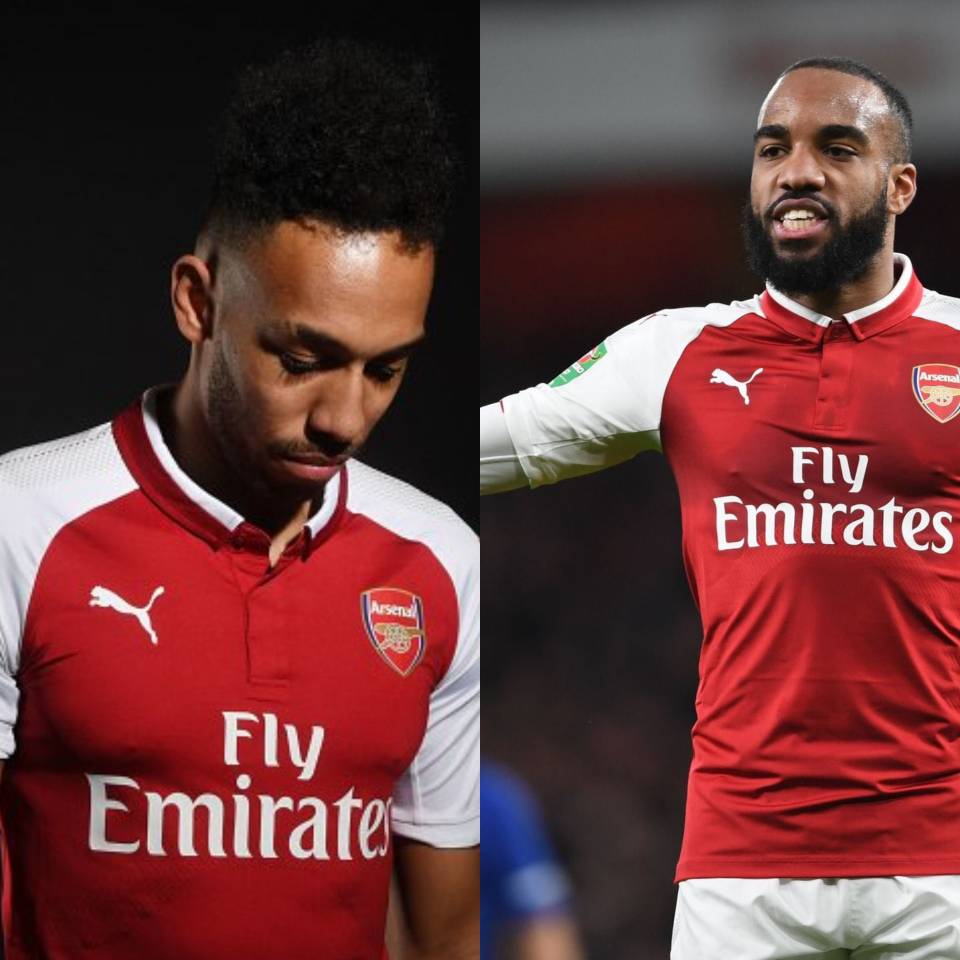 The gunners had an interesting January transfer window and it has left them with two top strikers, Aubamayeng and Alexandre Lacazette.

It is now official that the gunners have the two forwards that they have always been linked with in the past but it is now reality that both Aubamayeng and Alexandre Lacazette are both gunners.

Arsene Wenger had a press conference today and was asked if he has any reassures for Lacazette;

“I donot reassure anybody.It is a competitive sport and you must fight for your places.’ the manager is quoted by MIRROR SPORTS.

“You have to show them respect and they have to accept it is a competitive world.’

The gunners will be curious to know how the manager will be looking making the lineups especially in the forward line because he now has two world class strikers in his books.

( Lacazette catching on his head )

Alexandre Lacazette has so far been around the Emirates stadium for half a season and he has scored some goals which are satisfying for the fans because it his first season but he will now have to face competition from the gunners new signing Aubamayeng.

The gunners believe that this is their time to finally shine because their team looks complete now especially in the attacking players because imagine a club having both Alexandre Lacazette and Aubamayeng at the same time.

Mkhitaryan Not To Wear no. 7 Shirt In Europa And The Number He Will Wear Has Been Revealed

Read:Wenger Reveals Whether He Will Give Aubamayeng Debut On Saturday