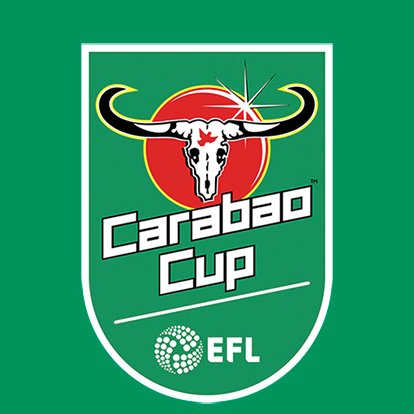 The Carabao Cup wouldn’t be top of most managers wish lists, certainly not those in the top ten of the Premier League.

The FA Cup is even down the list of priorities now, but for one of England’s proudest clubs the ‘third trophy’ is their only chance of domestic silverware this season and it might just help keep Arsene Wenger there a little bit longer.

If history is to be believed, Arsenal would be the clear favourites. Manchester City will be formidable opponents in 2018, but in the late 1980’s the Littlewoods Cup started the run of silverware that hasn’t truly abated to this day. In 1987, they were victorious in unique and historic circumstances.

The semi-final brought them together with Tottenham, the fierce North London rivals who went on to lift the FA Cup months later. It took three matches to settle the tie, the two-legged semi-final ended 2-2, Arsenal would have won on away goals had it been in force after winning 2-1 at White Hart Lane. They played a one-off replay to end things, also at White Hart Lane and also a 2-1 win for The Gunners.

The final pitted them against the all-conquering Liverpool side featuring Ian Rush, Alan Hansen, and Steve McMahon. Things looked bleak for Arsenal as Ian Rush scored an early opener. Liverpool were unbeaten in 144 matches that Rush had scored in, most pundits immediately wrote off the Gunners.

The hero of the hour was Charlie Nicolas, turning in an effort from close range to level matters. He then claimed the winner, a deflected effort from a Perry Groves cross, to give Arsenal the silverware. It was only the second trophy they’d lifted since the famous double-winning campaign of 1970/71 and the first in almost a decade.

Within twelve short months, the opportunity was presented once again as they returned to Wembley for the final of the same competition. Arsenal scored 16 goals in their seven ties to reach the showcase events, conceding for the first time in their 3-1 semi-final win against Everton.

Standing in the way of back to back cup wins were Luton Town. In 1988 they finished three places and 13 points behind the Gunners, but 2018 finds them languishing in the fourth tier. William Hill has them asred-hot favourites to win the title and start their long climb back up the divisions.

Brian Stein gave the underdogs a shock 13th-minute lead, one they hung on to for over an hour. It was dogged at times, David Rocastle and Paul Davis looked to control the midfield but nobody could provide Alan Smith with the bullets to get the Gunners level.

On 71 minutes the goal that had been coming all game finally arrived. Martin Hayes, on as a sub, smashed the ball home after a goalmouth scramble. Minutes later Smith finally got the chance he had waited patiently for, firing a Michael Thomas ball home. Arsenal looked rampant, efforts began flying in from all angles and when Rocastle was fouled in the area, it seemed like game over. No keeper had saved a Wembley penalty before and Nigel Winterburn was an accomplished spot-kick taker.

Andy Dibble saved the penalty, making history in the process. Luton, inspired by their brush with certain defeat, found a new lease of life and a Gus Caeser clearance was capitalised on by Danny Wilson who levelled the tie. In the final minute of the game, Brian Stein swept home an Ashley Grimes cross to steal the game 3-2.

The defeat didn’t dent Arsenal’s upwards trajectory, within twelve months a league title was secured, a second two years later. George Graham moved on and, after a brief Bruce Rioch spell, Arsene Wenger pitched up and revolutionised the club. Ironically, thirty years later, the very competition that started the glory years could be the one that ensures the manager remains in charge for another season.

Read:Spurs 0 Vs 0 Arsenal Half Time Review:

Analysis:Arsenal Europa League Hopes, Ways It Can Lineup And More