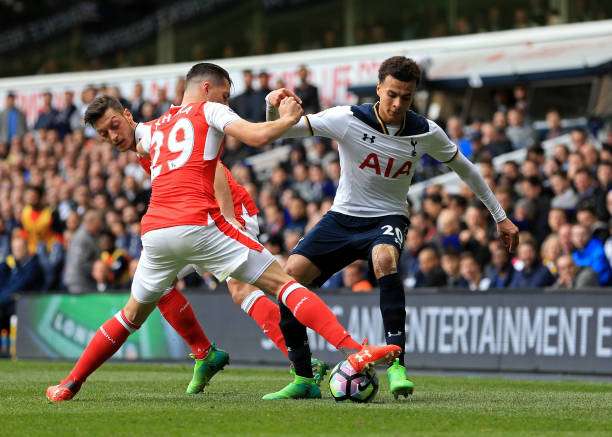 The North London derby is back and the gunners will now be travelling to the Wembley Stadium to face Tottenham Hotspur on Saturday afternoon.

The gunners come into this match with excessive confidence after pulling off a great transfer window which ended with them getting top stars like Aubamayeng and Mkhitaryan who will be playing their first North London derby. The North London derby started in the late 1800’s and the first one took place on 19th of November 1887 which the gunners won 6-2.

The derby has over the years been becoming more intense with the rivalry of fans growing so it is basically a match which Arsenal fans UK enjoy watching the gunners win it but this season has been pretty terrible for the gunners because Tottenham Hotspur are currently above Arsenal in the Epl table which is deemed as a disgrace to the fans who believe that Spurs ain’t better than them.

The gunners have won two, lost there matches in their last five matches so they will need to improve this stat on Saturday by beating Spurs.

Spurs have won two, drawn three of their last five matches so they have been better than the gunners in the previous 5 matches.

Arsene Wenger is confident that his team will get all the three points but he has however said that he will be hoping that his team frequently attacks Spurs on Sunday in order to freeze their attackers like Harry Kane who usually scores against the Gooners.

So it is quite clear that they have made three draws in their last five meetings while each team winning one match.

ALL MATCHES PLAYED BETWEEN THESE TWO CLUBS:194

Arsenal Vs Everton Match Report And All You Need To Know