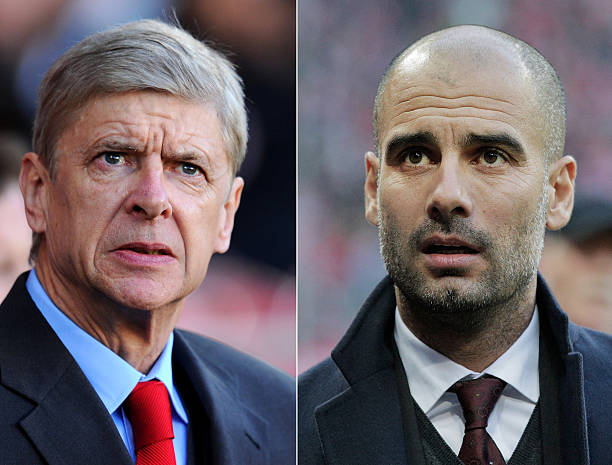 The gunners will be taking on Pep Guardiola‘s men at the Wembley Stadium this week on Sunday as they clash for the Carabao Cup.

Gunners manager Arsene Wenger is looking forward to the cup final on Sunday but he has however revealed something which most didn’t know by saying that the manager of the citizens once wanted to play for Arsenal in the past.

“I spoke to him a few times, and once he came to my house when he was a player because he wanted to play for Arsenal.’ the manager is quoted by MIRROR SPORT.

It’s now a decade plus years since the now Manchester City manager wanted to play for the gunners because he is now currently in management and he is even coaching their arch rivals City whom they are even playing against on Sunday in the EFL Cup.

The two managers have never had a word fight so they have no grudges in the past so they will be willing to congratulate who wins on Sunday.