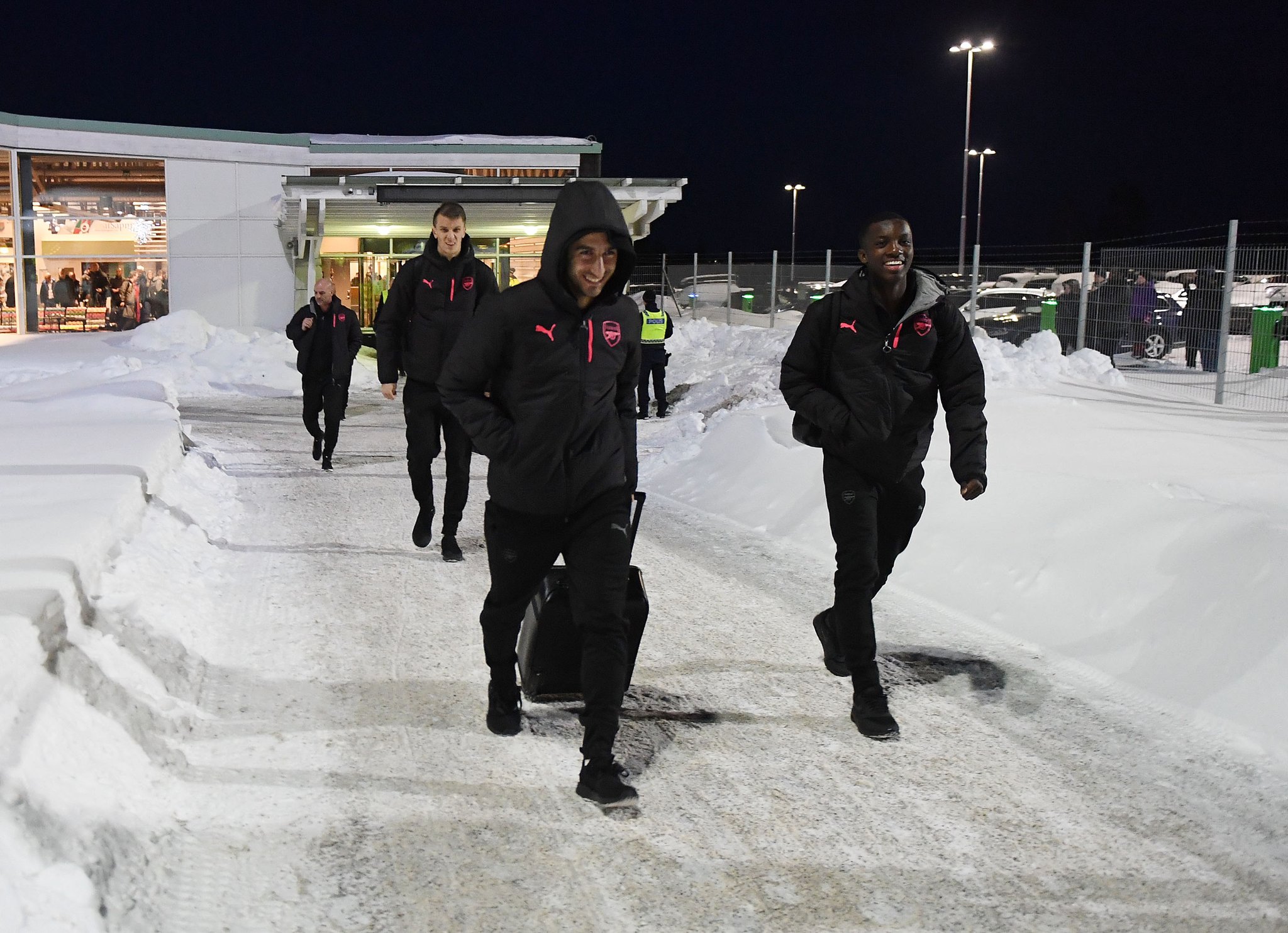 The gunners are currently in Sweden to face their Europa League opponents Ostersunds today in their home stadium.

The team arrived yesterday after travelling thousands of miles with their Emirates aircraft and the manager decided to take his players out and try out the pitch they will be playing in because he wants them to be fully ready and used to the temperatures here.

“We have to adapt quickly because we never practice on this kind of pitch and our technical level should help us to adapt quickly. ’ the manager is quoted by arsenal.com.

‘The temperature at the moment I don’t find a big difference with London.’ Wenger continued.

‘We have cold wind as well similar to what has happened here so I don’t think the temperature will be a big problem. Our target will be to adapt quickly to the pitch.”

The gunners have been under performing when playing away from home in England but this time they are in another country and will be playing on a pitch they have never played on so this will be a huge task to Arsene Wenger‘s men.

This will be the first leg of the Europa League round of 32 and most gooners aren’t worried that they might lose in Sweden because their have trust that their team would then change things around at the Emirates stadium in the return leg.