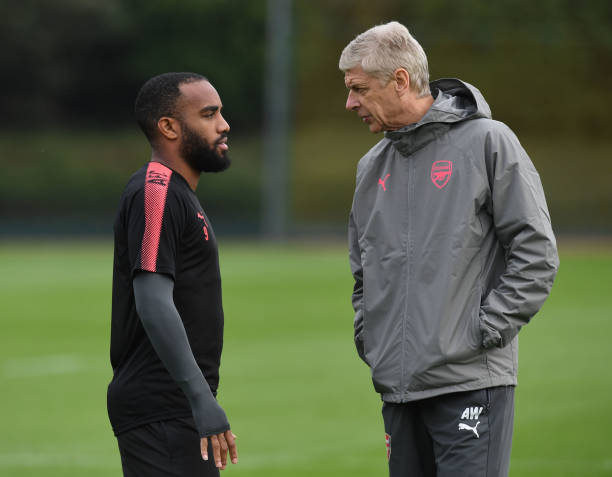 The gunners recently played against Tottenham Hotspur and lost miserably but was very hurting so much was the great chance which Alexandre Lacazette missed.

Most gooners believe that he should have scored a goal which could have made them collect at least one point with many Arsenal players tearing apart the shirt of Alexandre Lacazette and posting videos on Twitter.

Arsene Wenger says that he didn’t understand what went wrong but here’s what he had to say;

“He has gone through difficult periods before,he works hard in training, works on his finishing. I do not know what happened, did he not touch the ball well.’ the manager is quoted by METRO SPORTS.

‘It can happen, it is a fraction of a second. Maybe the confidence is not at its highest because he hasseen a competitor coming in for him.”

The gunners have almost four of their strikers available and the manager is currently having trouble picking lineups but Lacazette would have wasted his chance to win over the favour of Arsene Wenger.

Bellerin Reveals What Sanchez’s Character Was!

Read: Wenger Makes His Say On The Chances His Team Created Against Spurs