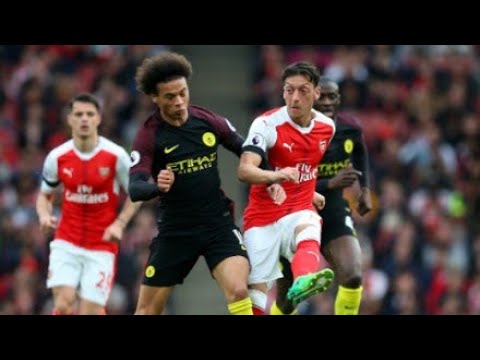 The gunners welcomed Manchester City at their home ground on Thursday and they were schooled by the citizen’s who scored three past the North London club.

The gunners started the match with some bit of confidence but they lost all that confidence after they conceded the first goal, they even got a penalty which was missed by their record signing Aubameyeng.

We have brought you the highlights of the match so that you can take a look at the mistakes made by the Arsenal players hence losing the match.

VIDEO HIGHLIGHTS OF THE MATCH

The gunners have been pretty awful in 2018 because they have lost been losing many matches and the fans are no longer watching most matches of Arsenal.

Arsenal 0 Vs 3 Manchester City Video Highlights, Find Out Who Made Mistakes