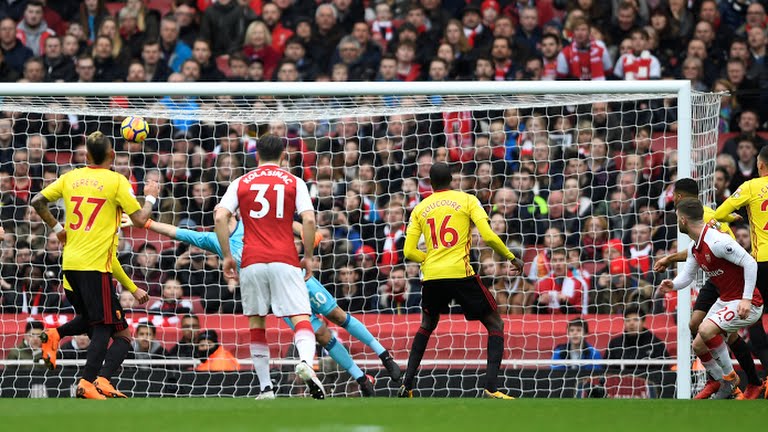 The gunners are playing against Watford today at the Emirates stadium and Arsenal will really need this win to keep their top four finish hopes alive.

The score board is so far reading 1-0 in favour of Arsenal after they opened the scoring through their defender Shkodran Mustafi in the 8th minute of the match.

The gunners have been so far the better club in the first half of the match because they have been fierce especially in the attack.

TALKING POINTS FROM THE FIRST HALF OF MATCH

– The gunners have played well in the first half of the match.

– The gunners have a poor defense on paper but it has tried in the first half.

– Arsenal are playing better football than that against Brighton last week.

– The gunners have had more of the ball than the visitors.

– Ozil assisted the goal of Mustafi

The gunners will need to win this match in order to bring back the trust of the fans who were angry after the Arsenal squad went four consecutive matches without a win.

Rob Holding Reveals What Inspired The Team To Win Against Watford

Alex Iwobi Reveals Plan To Get Arsenal Back On Track