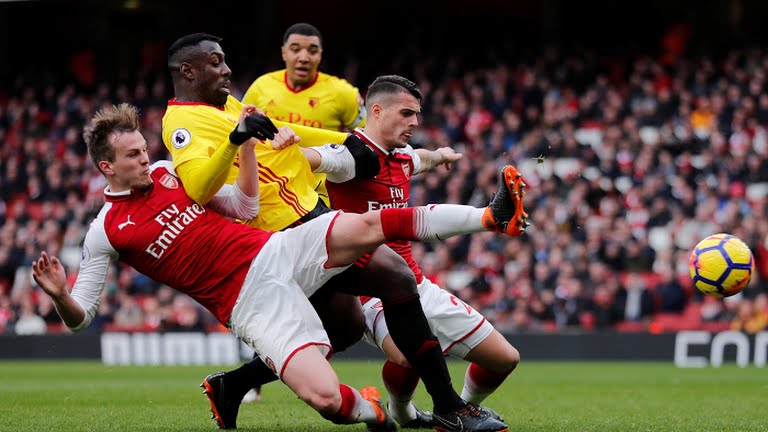 The gunners have today defeated Watford 3-0 thanks to a perfect performance from the Arsenal Team who looked confident today after winning on Thursday.

The gunners started the match with a few names missing from the lineup due to injuries including Laurent Koscielny and Aaron Ramsey who were both rested by the manager.

We have brought you the player ratings based on the performance of the squad. It’s 0/10 grading.

The Czech Republican international made his first penalty save which surprised many and he was fine all over the whole match.

The centre back bossed the defense in the absence of Koscielny and he was very good at blocking the attacks, he opened the scoring.

The youngster is slowly developing into a great player and he had a good game.

Had a brilliant match.

The left back was very great in attack but wasted some chances.

The Swiss international kept the Watford midfield at bay.

The attacking midfielder assisted one of the goals as he made it 50 assists in EPL.

It seems the player is finally fitting into the playing style of the Arsenal team and he even scored.

The winger wasn’t that productice but had a neat finish.

The striker scored one goal and he had a nice match.

The gunners had a great overral.

Arsenal Have Plenty To Celebrate After Watford Win

Five Things We Know From Arsenal Victory Over AC Milan