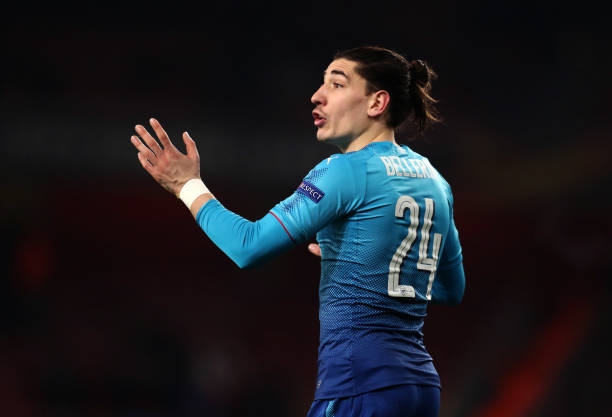 There has been constant reports which indicate that gunners right back Hector Bellerin is being monitored by a number of top European clubs including Juventus and Manchester United.

The right back currently has a long term contract with the gunners which could see him stay at the club until 2023 but the team’s poor performances this season have fueled the transfer rumours which say that the Spaniard international wants to leave Arsenal in the summer because he sees it as a sinking ship.

However his agent has rubbished off all those transfer rumours land says that the player is happy where he is even though he acknowledges that there has been contact;

“ There has been contacts for Bellerin, he is fine and he has just renewed. It is tough to negotiate because he’s doing very well for the team. ” said the Belllerin agent.

United and Juventus will see this as a big blow in their pursuit of Bellerin because they wanted to do the move for the player quietly but the statement made by the agent doesn’t guarantee that the young right back will be staying at the Emirates stadium beyond the summer transfer window.

Bellerin came to the English capital from Barcelona a few years ago and Arsenal has risen him to stardom so if he leaves the club at this time, the fans will take it as betrayal because it’s them that have put him on the map.

Everton Manager  Hints That He Will Make Move For Wilshere