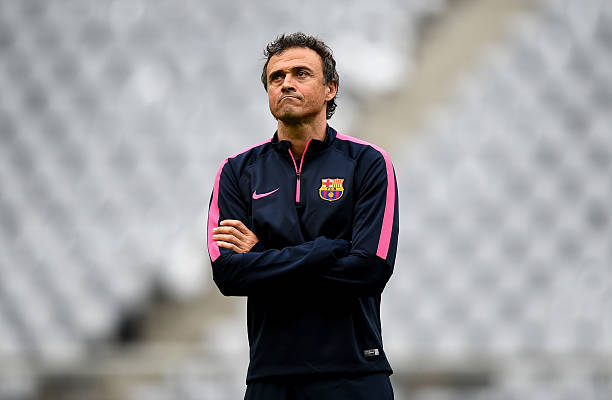 Although it is not official that Arsenal are on the look out for a new manager that could replace Arsene Wenger but there were constant reports that his position will be reviewed at the end of this season.

Among the possible managers that are reported to be among those that can replace Wenger include former Barcelona manager Luis Enrique who left the Spanish giants last summer because he wanted a break from managerial work.

As per reported by Daily Star, the ex Barcelona manager has been given an offer by gunners arch rivals Chelsea but he hasn’t accepted it because he still believes that Wenger might actually leave at the end of the 2017/18 season so that he takes over the North Londoners.

Wenger currently still has one more season remaining on his contract at the Emirates stadium and he has continually said that he won’t be resigning from his position but will rather honour his contract so Luis Enrique might have to wait until 2019 to take over the gunners if the board picks him.

Arsenal finally recovered the trust of the fans recently after two successful wins against AC Milan and Brighton Hove Albion but Wenger was under immerse pressure after his team lost four consecutive matches including a loss at the Carabao Cup final VS Manchester City.

Related Topics:ArsenalLuis Enrique
Up Next