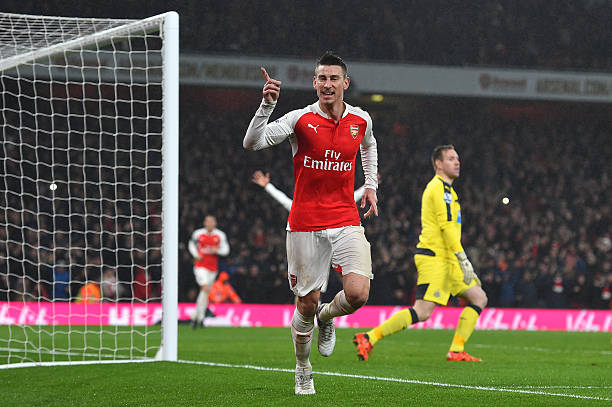 The gunners are currently in a crisis they have not had in the past decades because the Arsenal Team may miss out for next season’s UCL and aren’t likely to finish in the top four of the English Premier League.

Laurent Koscielny was the captain for the gunners on Sunday when they played against Brighton & Hove Albion away from home and were embarrassed by the bottom table team which defeated the Arsenal Team 2-1.

The French international who is the usual captain for the gunners was frustrated with the results the team has been getting in the past four matches which they have all lost, here’s what he had to say on the current misfortunes of the Arsenal Team;

“It will come back slowly. It is a bad period but we need everyone at this club – players, staff and fans – to be together and to fight to stay the highest we can.’ the defender is quoted by arsenal.com.

‘It is very difficult but football is like this. Now you focus on the next game, to prepare well. You need to put your head down and work.”

The French international says that he is currently in the worst situation of his career at the Emirates stadium and feels that he has failed the club alongside the fans who believe in the squad so much.

The defender is a respected member of the Arsenal squad because he is even the vice captain for the gunners this season. He has been a passionate gooner ever since making his move to the Emirates stadium because he has always dismissed all reports linking him away from the gunners.

Related Topics:ArsenalLaurent Koscielny
Up Next

Arsenal Supporters Trust Make Vote On Whether Wenger Should Stay