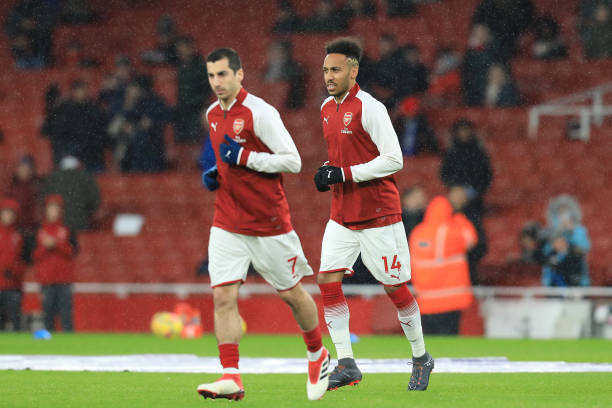 The gunners brought in two new names, Aubamayeng and Mkhitaryan at the Emirates stadium and the supporters haven’t impressed that much since their signing.

Arsene Wenger is currently in a poor state which could see him lose his job at the end of the season because they the board is reported to have already started outlining in the possible replacements for the French manager so he won’t finish his contract.

Both Aubamayeng and Mkhitaryan believe that he is and will always be a great manager amidst all the troubles he is going in now.

“It is not an easy moment but we have to give our best to show him that we play for him and give everything for him.’ Aubamayeng told Sky Sports.

‘It is a pleasure to work with him. Of course it is not very easy for him.” said Mkhitaryan.

The two say that they will try to perform much better in the 70th coming matches because they would like to reduce on the critiscm that their manager is currently getting.

Report:Will Today’s Match Happen, What Is The Current Weather In London

Pictures: Arsenal Train In Snow Ahead Of City Match