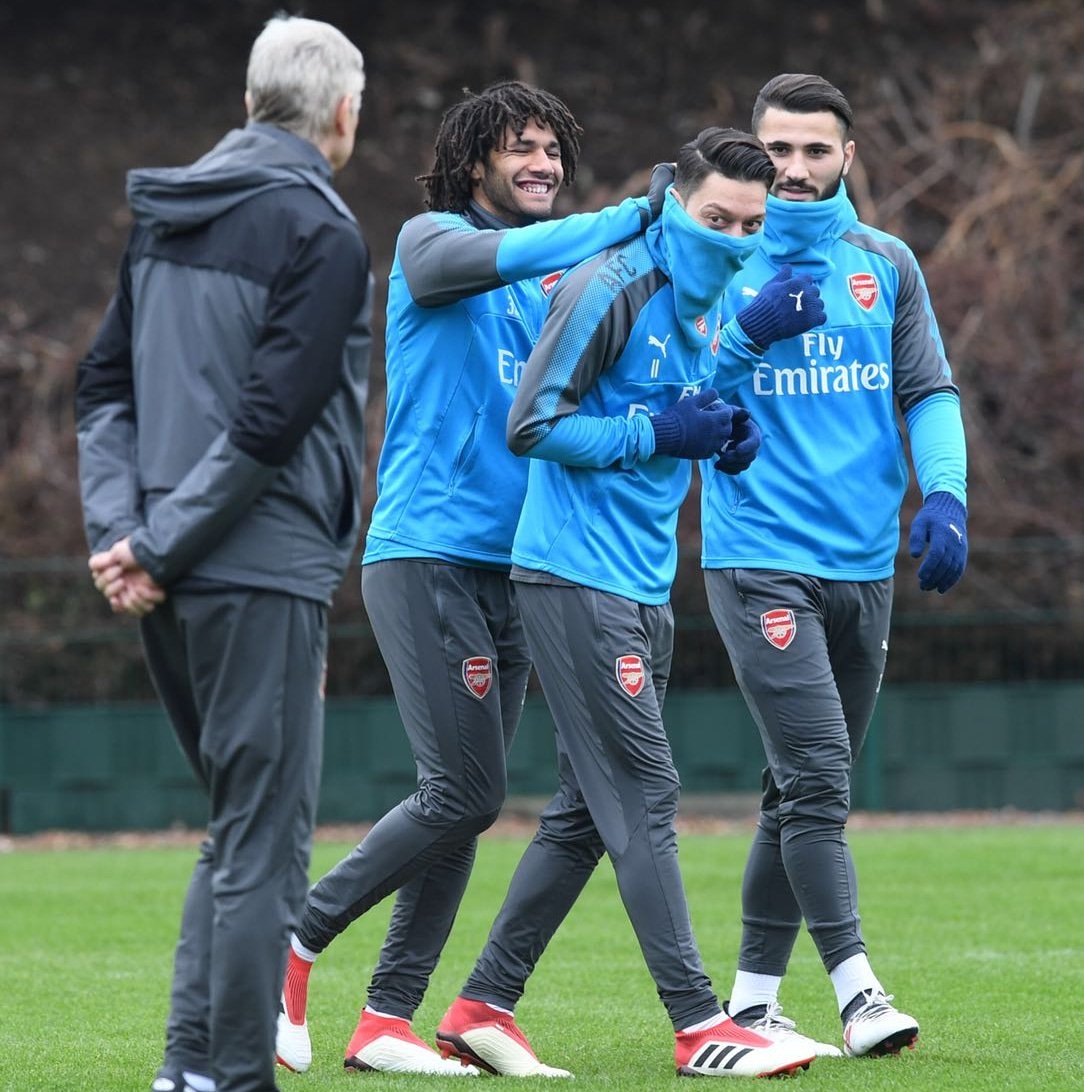 The gunners will be welcoming the Watford squad at the Emirates stadium on Sunday looking to get back to winning ways in the English Premier League in order to keep their hopes of finishing in top four alive.

The gunners returned from Italy on Friday and they trained at the London coloney alongside some other teammates that remained in the capital so they will be hoping for a win against Watford as they did against AC Milan.

We have brought you some of the pictures from today’s training taken by Arsenal‘s official photographer STUART.

PICTURES OF THE TRAINING

Watford will need to work hard at the Emirates stadium because the Arsenal team will come all in all cause their chances of playing in next season’s UEFA Champions League are getting slimmer each and every day.

Alex Iwobi Reveals Plan To Get Arsenal Back On Track