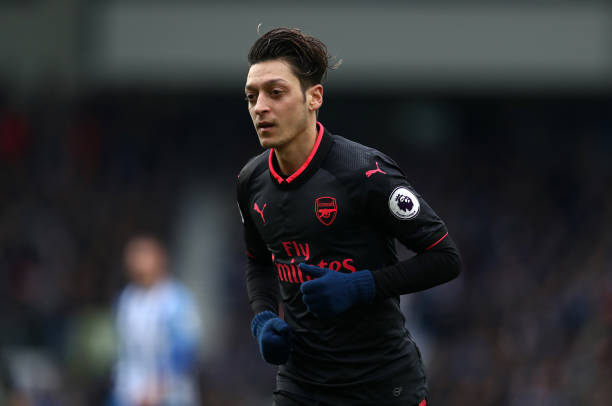 The gunners played against Brighton & Hove Albion on Sunday away from home and Mesut Ozil was among the players that the manager selected to start the match.

The German international tried his best to bring the game back to life for Arsenal but he couldn’t do it alone because a team works together and the former Real Madrid star has frustrated with the result they team got.

Mesut Ozil was very annoyed with the performance and was caught on camera angrily throwing away his gloves which he usually wears in all matches but it seems he this time felt the frustration was too big for him to control it so he threw away his gloves.

Here is one picture when he is wearing the gloves as gunners make a move.

He is another when he had taken out the gloves

There are many speculations which that event has raised with most frustrated Arsenal fans saying that they are afraid he will leave the gunners at the end of this season.

Petr Cech Reveals Whether He Can Solve His Problems