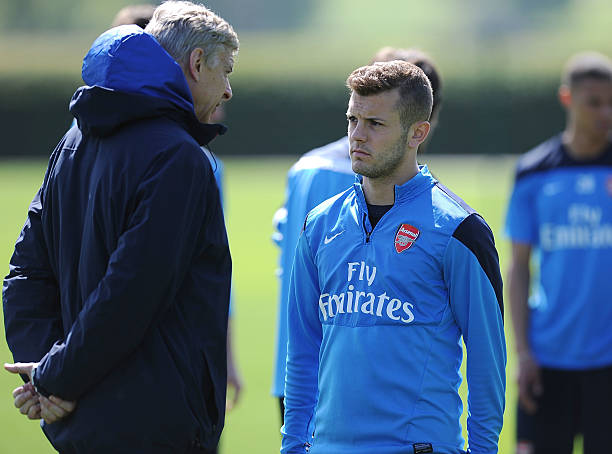 Jack Wilshere reportedly rejected a new deal from Arsenal after the new contract would see him receive a pay cut from his current wages something which he has felt is disappointing because he has proved himself this season.

The Englishman has been the topic of the month amongst the Arsenal fans who have been arguing whether it’s fair for the club to tell Wilshere accept it or leave it situation in offering him a new contract and Arsene Wenger has finally spoken about that transfer saga.

The manager says that he wants Wilshere to stay at the club;

“Personally, I have put my weight in for him to stay. I want him to stay and I think he’s an Arsenal man.” said Wenger.

The Arsenal fans have mixed reactions on whether Wilshere is a very important player whom they would be sad to lose or not but based on social activity of gooners on social networks like twitter believe that the 26 year old owes the club for keeping in him trust despite his disappointing seasons where we could spent half of the season on the sidelines.

It is reported that that the new deal the gunners are offering Wilshere would see him receive £110k to £90k and this is the exact issue that has broke down the negotiations between the club and player.

Arsenal To Start New Contract Negotiations For Other Midfielder Soon